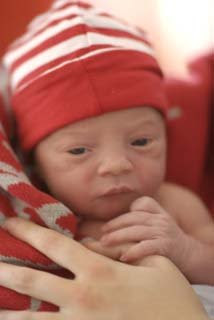 There's something sacred about the last message of the year. As if the ticking of time is more insistent that usual.

If the pundits would have their way, this will be our last year of relative comfort. In 2009 we are all going to be hit by staggering hikes in prices across the board, in gas and electricity, in all sorts of basic services. No income rises because no one will be able to afford to pay their employees more. The price of all goods, not just services, will go up.

It’s all so horrendous. Still I can’t help wondering what I will be writing here this time next year. Will 2009 be as bad as predicted or will we be expecting an even worse year to come.

The Christmas/New Year break for me is a time I use for spring-cleaning. A year, or in the case of this year, several years' accumulated unnecessary junk. We take it to the tip via a skip, a two-metre skip that can contain larger items and box load full after box load full of books and past papers. Even Bill is doing his best to discard old books, the spy thrillers of the past. Books he knows he will never read again. The print is too small even to take to Sainsbury’s secondhand books or St Vincent de Paul’s, so into the skip they go.

I try to be ruthless, but it’s not easy. I have this sense each time I discard that maybe some day the object to be discarded will come in useful to someone. I have culled the dress ups and though I’d like to get rid of them altogether I still have three large bags full. Perhaps Millie will have another Law Revue this coming year and as I said to Tessa who was visiting yesterday, I’ll keep hold of the dress ups for the next three years until Ella leaves school. By then Millie too will have graduated.
‘But Leo will be about to start primary school,’ Tessa joked, as if to say, you’ll never be able to get rid of them. Someone will always need the dress ups for plays and performances. When you need them they’re useful.
I’ve filled the dress ups bags with camphor balls, to keep the bugs away. The house reeks of it. I must also put some into Millie’s wardrobe. For some reason her cupboard attracts moths, the clothes-eating variety and her clothes are too valuable to serve as a feeding ground for insects.

I wish I could find a photograph or image to match these thoughts. The best I can offer is one of Leo, our first grandchild, taken minutes after his birth some fourteen months ago. If anything signifies new beginnings, this image does, coming as it does so close to the end of the year.
Posted by Elisabeth at 10:31 pm No comments: 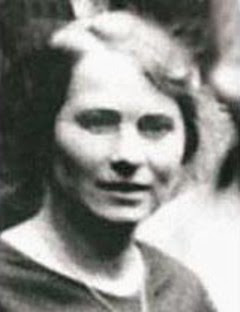 Yesterday I read about Avery Gordon’s ideas on hauntings, ghosts, the uncanny and wondered about the times I have felt haunted?

There were times years ago when in conjunction with a dream I felt the cold touch of my dead father’s hand on my arm in the corridor in the middle of the night as I walked to the kitchen for a drink.

Sometimes I have wondered about this house itself, which has undergone many lives since it was built in 1905. Years later it was divided into two, two rooming houses. Before then it had been a doctor’s surgery. By the time we bought it, the house was in serious disrepair, especially the two kitchen lean twos in the back section and the two bathrooms and toilets.

Bill found a wedding ring on the floor beneath the mantelpiece when he was renovating what is now our bedroom some twenty years ago. I wear it to this day. At first I felt uneasy wearing a ring that must once have been lost by a stranger. How upset she must have been, I thought. Or relieved to be spared the burden of her marital ring. The latter is less likely. She would have existed pre 1980, maybe even at the turn of the century. It must have saddened her. It must.

Avery Gordon is on about haunting and the sociological imagination and in it she includes a chapter on psychoanalysis. She re-tells the story of Sabina Spielrein who as a young woman in the early 1800s was sent by her parents, to the Burgholzli hospital. She was said to be suffering a serious nervous disorder, elsewhere and later described as schizophrenia. Within a few years it appears she was cured of her illness and was then sent off to see the great Carl Jung and the two it seems fell in love with one another, a common enough story, particularly in the early days of psychoanalysis. These days too if you are to read Esther Helfgott's account of her more recent analytic experience.

Although there is no evidence to suggest that the relationship between Jung and Spielrein was or was not consummated, it was mutual. Evidence a plenty from letters between the two. Jung called it off because the rumours were flying and Spielrein herself went on to become a psychoanalyst, and her relationship with Jung continued over a number of years. Her story ends badly, with her early death along with her daughters at the hands of the Nazis.

Gordon considers that Spielrein is a ghost hovering over the pages of analytic history. It was Spielrein who first wrote a paper alluding to the death instinct. She developed other ideas, too, that Jung and Freud borrowed. But in the end, despite initial recognition of her achievement, they soon forgot it. Not an uncommon story for those days in the history of women kind. Freud refers to her in one of his letters as the ‘little girl’.

Did I raise the specter of a ghost in my presentation to the VAPP three weeks ago? Did I cause everyone in the room to shudder under the icy chill of death’s wings? Incest, real and imagined, incest familial, professional and historical.

Why can we not find a ‘hospitable place’ in which the ghosts of our ancestors might rest? Or must we continue to blame the messenger, chastise the one who speaks because she dares to speak out against other fixed beliefs.
Posted by Elisabeth at 5:46 pm 2 comments: