The other day, my four-year-old grandson asked for ice cream for breakfast, and I said ‘no’.
No.
He could have something like toast, toast with yummy honey.  But no lollies.
‘What about toast with sprinkles?’ he asked.
I thought about this and weighed up the pros and cons in my mind long enough for him to ask further,
‘Are sprinkles junk?’
‘They are indeed.’
‘I love junk,’ my grandson said and so it seems.

My grandson abhors anything to which we might attach the label ‘good for you’.

Despite his parents’ best efforts, he prefers to live on sultanas, Nutella toast and given half a chance he would consume nothing but lollies.

He pleads with me constantly to buy him wowies. But I stand firm and resist most of the time.

Do you remember when lollies, ice cream and sweets of all kinds ruled the day?  When the greatest comfort of all came in the form of aniseed balls, cobbers, liquorice all sorts, White Knights, and butterscotch bars?

Anything laced with sugar or flavoured with treacle.  Anything that filled your head and stomach with the sweetest of sensations. 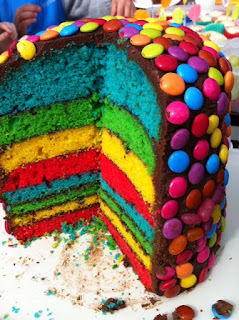 My dream was to own a caravan of sorts and to travel around the world.

My caravan could convert into an enclosed tent with a fitted floor and walls that left no cracks open to the outside world and so no bugs or undesirables could get inside.

I had a small fridge within my caravan.  I never went so far as to imagine how it might be charged, but it kept ice cold in my day dreams and I filled my fridge with all the desirables: three varieties of ice cream, lollies by the shelf load and lemonade in the side compartments.

My plan for sustenance in my travels round the world was one of the sweetest nourishment.  And I was in seventh heaven.  No pesky parents or big sisters and brothers telling me what I could not have.

No, I was in charge here and whatever and whenever I wanted something, I could eat it.

I marvelled that the adults in my life – namely my parents, who to my mind had unlimited access to money – did not bother to fill their fridge with the same sort of desirables.

I knew my parents enjoyed sweets, though my father could not have them, except the sugar-free variety, because he was a diabetic.  But my mother did not suffer anything that could restrict her diet. And she never said ‘no’ to ice cream and cake.

Why then was she not intent on stocking up more of these basics in our fridge and pantry?

Why did she try to restrict our biscuit quota to one pound of sweet biscuits a week, and only when pressed would she buy more?

And then there were times when we went out for Sunday drives and my father eventually relented and let us have an ice cream each – a thing I longed for from the moment the trip began to the moment when we were about to leave our destination, be it the Silvan Dam, or Gembrook or the Grampians or any other country place.

I sat in the back of the station wagon beside my sister, closed my eyes and prayed for relief in silence, until my father sent one of the older ones off with a ten-shilling note to buy each of us an ice cream.

My mother did not feel as if her world had fallen in half if one of my older brothers took a 'big' bite out of her ice cream and broke open the chocolate casing that surrounded her Choc Wedge.

Choc Wedges were the best ice creams we were ever allowed, a cut above icy poles but several steps below the much desired Cornettos or Gaytimes, ice creams my father never let my older brother choose, because they were expensive and although choc wedges were twice as dear as icy poles, they were twice less expensive than the grandest of ice-creams, the ones I never tried until I was almost an adult and more in control of what I might manage to coerce out of my mother.

By then many of my siblings had left home and so only a few of us younger ones remained. The ice cream bill reduced and so the standard of ice creams rose.

These days, lollies don’t do it for me anymore.

How sad, now when I am the adult I once dreamed of becoming, when now I can afford to spend buckets of my money on sweets, I choose not to.

These days I’d rather drink wine than lemonade, and eat cheese rather than cake.


My little self is appalled.
Posted by Elisabeth at 11:28 am